After Kaizer Chiefs fall short as dominant Al Ahly defend CAF Champions League crown. Amakhosi collecting their runners-up medal, They have done well to get this far in the competition after a poor domestic form and FIFA transfer ban. Despite not being allowed to add new players to their squad last season, Amakhosi still managed to do better than Mamelodi Sundowns in continental football and reached the final of the Champions League, even though nobody gave them much of a chance. 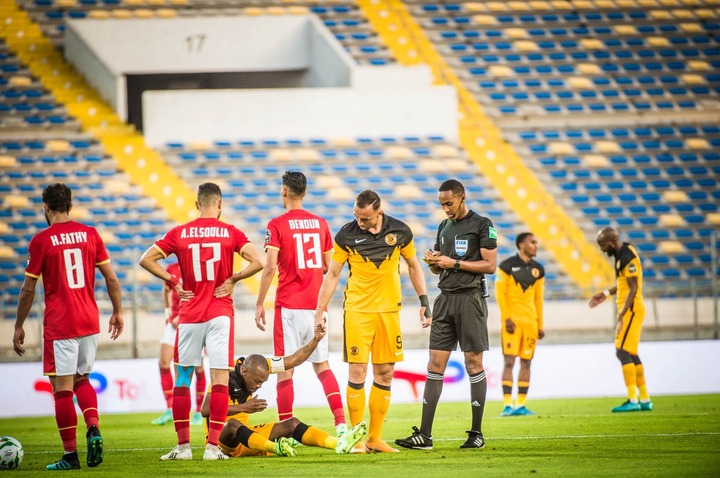 There are plenty of positives the Glamour Boys can take from their recent run, taking into consideration the unique and unfortunate situation they were in. You know, when you had too many high hopes of getting a star, as all the big teams can claim at the moment, it becomes hard to see the positives. Now they are task in rectifying the mistakes of the past season. The club has already made 6 signings ahead of the new season expected to start at the end of August with the new coach at helm. Chiefs are about to launch the new jersey for 2021-22 season, again with their technical sponsors nike at helm. Pictures of the new Kaizer Chiefs 2021-22 home and away shirts surfaced online. They are made by Nike. The Nike Kaizer Chiefs 21-22 home shirt is golden-yellow with black side panels and black v-collar. The new Nike Kaizer Chiefs 2021-22 away shirt brings a garish look. Predominantly black, it boasts a subtle dazzle-camo pattern, combined with a shattered graphic in golden-yellow. The collar, sleeve cuffs and all logos on the Nike Kaizer Chiefs 2021-22 away shirt have the same yellow color. Made by Nike. What’s your verdict on Kaizer Chiefs’ home and away shirts? Comment below.

Following some fairly unsubtle teasing over the last week, the Paul Pogba x adidas by Stella McCartney collection has officially […]